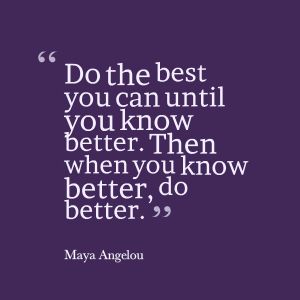 I swear to you, this post is not going to be about political correctness. While no one should knowingly be rude to another, I prefer to believe that most of us have the best of intentions at heart in our communications.

On that note, I’d like to discuss whether people who have a diagnosis on the autism spectrum should be called an “autistic person” or a “person with autism”. Most disability advocacy organizations recommend that anyone with a disability should be referred to as a person first, and reference made to the disability second. That’s called “person first” language. There’s a growing contingent within the autism community however, that prefers to be called “autistic person”, or simply “autistic”. That’s called “identity first” language. And it has become a hot button issue for many.

As a writer, I know that even slightly changing the phrasing of words can subtly alter their connotation—even if the words’ literal interpretation means the same thing. And people with differences are so often marginalized in our society, that it’s important to me to refer to them in a way that makes them feel respected. Allow me to explain the difference between person-first language and identity-first language within the autism community:

The Case for Person-First Language

The Case for Identity-First Language

Autism is not something you can separate from the person, it is at the center of who a person is. While there are aspects of it that might be considered disabling, it is not a disease nor a physical limitation. Personality traits are typically used as adjectives, such as calling someone a generous person. Autism may be only one personality trait, but it’s a fundamental one. For example, you wouldn’t say “person with Catholicism” or “person with Americanism”, you would say Catholic or American.

You may notice that both explanations make a persuasive case for using that particular methodology. Both want to emphasize the value and worth of the person. So which is the right one to use? Unfortunately, there’s no clear answer for that. Self-advocates (the appropriate term for people with autism who have reached the developmental ability to speak for themselves) are split, but I personally believe that the majority is in favor of using “autistic”.

For myself, I make a conscious effort to use the terms interchangeably. And when Cheeks is able to understand the difference, assuming he cares one way or the other, I will follow his lead and use whichever he prefers. If you know him, then you know that the best thing to call him is by his name (“Cheeks”, “Ball of Smiles”, and “sheer awesomesauce” are also acceptable terms). And I am hopefully raising him to believe as I do, which is that even if people get their words wrong, they are generally doing so with good intentions.

5 thoughts on “Autistic, or Person with Autism?”